Reiterating its opposition to the “new districts” of Manipur created on December 8, 2016 in Manipur state, the United Naga Council (UNC) has stated that it will oppose the conduct of “separate ADC elections in the new districts under any circumstances”. The Naga body also “outrightly rejected the 6th and 7th Amendment of the Manipur (Hill Areas) District Council Bill, 2022”.

Reports quoting as the UNC is saying in a statement on September 8, 2022 said, “Today’s United Naga Council (UNC) emergency presidential council meeting held in Imphal reiterated the position of the Naga people on newly created districts of December 8, 2016 and it also outrightly rejected the 6th and 7th Amendment of the Manipur (Hill Areas) District Council Bill, 2022”.

The UNC said that the Government of Manipur and the Naga people have signed 4 Memoranda of Understandings (MoUs) on December 14, 1981, November 10, 1992, September 27, 1996 and June 23, 1998 and also the intervention of the Government of India on November 24, 2011 that all stakeholders including Naga body(s) who would be affected by such creation would be consulted, the report added.

Nongmaithem Deben also known as Khollao Deben, veteran journalist and founding member of the All Manipur Working Journalist Union (AMWJU) passed away in Imphal on September 8 after suffering from prolonged illness. He was 75.

Nongmaithem Deben started his career in journalism in the year 1969. He joined vernacular Khollao daily newspaper, the Communist Party of India organ and continued to become its Joint Editor. He became known not only to media fraternity but also political circles as Khollao Deben.

He was honored with Laishram Joychandra Award for Investigative Reporting in 1998-99 by AMWJU, Thiyam Premkumar Award in 2020 by Sahitya Thoupang Lup.

Being a sports enthusiast, he was a member of the Manipur Table Tennis Association and Vice-President of Manipur Olympic Association (MOA). In the 2007 National Games he was the Deputy Chief de Mission of Manipur contingent.

He is the last-born child of Nongmaithem Brajabidhu, a renowned Pung Guru. He is survived by his wife N Nabamani and four daughters.

The Electoral Verification Programme 2019 has identified and removed 67,844 voters, including fake voters. Chief Minister Nongthombam Biren on September 10 said that the Manipur government will not remain silent on any unjust deed or act.

Pointing out that 24,636 voters have been removed from the electoral list of one district alone, the Chief Minister said the state will continue to suffer unrest if people are not sincere enough.

Chief Minister Biren tweeted, “If we are not sincere enough and don’t have a sense of belongingness and care with ownership, unrest will prevail in our state. The Electoral Verification Programme 2019 has identified and removed 67,844 voters, including fake voters, with 24,636 from one district alone.” 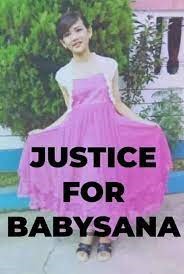 The Central Bureau of Investigation (CBI) on September 8 reportedly collected samples for DNA test in Ningthoujam Babysana death case at Forensic Medicine Department, RIMS for the second time, following the direction of the Manipur High Court for further investigation into the case.

It is pertinent to note that the CBI reportedly collected samples for DNA on April 27 of this year following the direction of the Chief Judicial Magistrate, Imphal West.

On July 19, 2022, the HC directed senior PCCG, appearing for the CBI, to ascertain whether the blood group determination of the deceased girl and the accused had been undertaken pursuant to the CJM’s directions.

The CFSL report received from Assam was placed on record before the HC on August 1, but the high court found it non-responsive to the directions of CJM, Imphal West.

Thirteen-year-old Babysana of Thangmeiband Imphal West, a hosteller of Standard Robarth School, Canchipur Imphal, was found hanging inside the hostel on July 18, 2019.

Aam Aadmi Party (AAP), Manipur Unit on September 7 announced that the party will field candidates to contest in the upcoming municipality, district council and panchayat elections.

In a release, AAP Manipur stated that the party will field candidates to contest in the upcoming municipality and district council elections. It extended acknowledgement to the visit of Aam Aadmi Party Northeast in-charge Rajesh Sharma and Tripura in-charge Umapada Luwang to Imphal.

The party informed that the interested eligible individuals with no criminal records may apply for the ticket of the party at the APP Manipur office at Churachandpur Parking Yaima complex, Keishampat. It also informed the members who had previously admitted to the party in 2013 and 2014, to renew their admission, the release added. 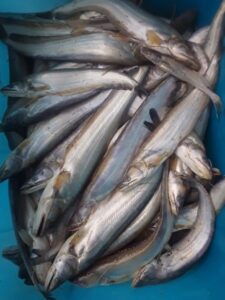 In this year’s ‘Ningol Chakouba’ festival people will be able to buy fresh ‘Sareng’ (Wallago Attu) instead of buying ice packed ‘Sareng’, director of department of fisheries, Heisnam Balkrisna said.

Balkrishna was speaking to the media while releasing 2,500 Sareng fingerlings imported from Yangon, Myanmar at the fish farm of Chungkham Gopeshwor at Wangoi Makha Leikai, Imphal West on September 5, reports said.

To reduce the import of the fish from outside the state, rearing of Sareng has started and has been increasing under the guidance and support from the department of fisheries since last year, he added.

He said the state government has already declared to give 50 per cent subsidy while rearing Sareng according to the fish production.

The fingerlings which were released at the fish farm of Gopeshwor are imported from Yangon, brought through air from Yangon to Mandalay and from Mandalay to Imphal though by-road, he added.

Reports said the Government of India organised the show in collaboration with the Manipur Government through the Agricultural & Processed Food Products Export Development Authority (APEDA), in an effort towards harnessing export potential of organic certified fresh pineapples of North-Eastern Region (NER), and to promote locally produced agricultural products in the international markets.

With a production of 134.82 metric tonne (MT) in 2020-21, Manipur ranks sixth in pineapple production having a share of 7.46 per cent total production in India, the release said. 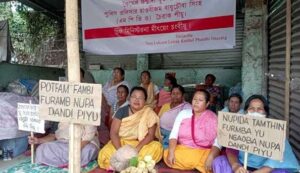 Speaking to the media, one woman vendor said that a 65-year-old widow vendor, Ningthoujam Mangolnganbi, wife of late N Babuchouba of Tera Khuraijam Leirak, was physically abused by a police officer on September 4 at around 8:30 pm at Tera Lukram Leirak in Imphal West. Following the incident, the woman vendor was admitted at Shija Hospitals, Langol.

Reports said the woman sells vegetables at the Tera Lukram Keithel where the incident happened and the accused police officer has been identified as one Haobijam Babuchouba from Tera Sapam Leirak, currently working as a Sub Inspector in the Police Wireless Department.

Meanwhile, the Women Committee of United NGO’s Mission Manipur has strongly condemned the physical assault on the woman vendor.

The Women Committee has urged all organisations, clubs, Meira paibis to not come to a settlement through negotiation on such cases as there exist rule of law, stated the committee in a release.

The Women Committee urged the concerned authorities to look into the matter and initiate investigation and necessary steps to sentence the culprit, the release stated. 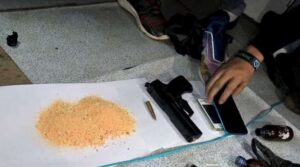 Eleven drug peddlers from different spots were apprehended by the Volunteers of Manipur Bharatiya Janata Yuva Morcha (BJYM), youth wing Bharatiya Janata Party (BJP) with the assistance of Imphal West police on September 5 late evening. Heroin powder, a CO2 air pistol and a live round of AK 47 rifle were also seized from them.

Reports said a team of BJYM volunteers led by its state president M Barish Sharma conducted a drive at a lodge in North AOC area around 8.30 pm on September 5, in continuation and supporting the Manipur Government’s ‘War on Drugs 2.0’ campaign.

During the drive, the volunteers detained as many as seven drug peddlers while heroin powder and cash used for committing criminal activities were seized. Later, the seven persons were handed over to Imphal West police for further legal action.

In continuation of the drive, the same BJYM team conducted another drive at Khongman zone I, Imphal East and three more peddlers were apprehended from different spots.

Manipur Pradesh Congress Committee (MPCC) Vice President (administration) Hareshwar Goswami on September 5 charged that fascism, unemployment, price hike and cultivation of hatred has been on the rise since the advent of the BJP government at the Centre. Therefore it’s time to raise a united voice against anti-people policies and programmes of the BJP government, Hareshwar said.

This would be followed by Bharat Jodo Yatra slated to begin from September 7 with an objective to spread awareness about the utter failure system of the Modi-led government.

From Manipur, as many as 100 representatives, including CLP leader Okram Ibobi, member of Congress Working Committee, Gaikhangam, president of MPCC, Keisham Meghachandra will attend the Bharat Jodo Yatra. They also participated in Mahengai Par Halla Bol-Chalo Dilli, he informed.

One Arrested with 1 Kg of Suspected Brown Sugar

A team of Churachandpur district police on September 7 arrested a man in possession of more than 1 kg of suspected brown sugar that was found hidden inside secret compartments of two four wheeler vehicles.

In a press meet held at the office of Churachandpur SP on September 9, Churachandpur SP Shrivanand Surve said that based on a tip off, a team of district police on September 7 raided the residence of one Seikholen Vaiphei, 42, son of late Thangkhokam Vaiphei at Kipgen Veng at Tuibong, Churachandpur. The team conducted the raid in the presence of the executive magistrate and the public, he added.

ASER North East 2022 to be Published This Year 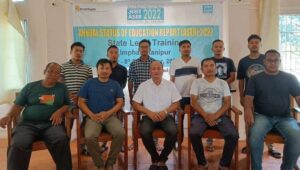 The survey will be conducted in 30 villages in each district selected randomly in rural areas thereby visiting 20 households having children age group 3-16 in each village to collect sample data related to children education.

The survey will be held all across the country from September to November by different master trainers of respective districts of other states also. The final report will be released in January 2023 and this year ASER North East 2022 will also be published, the release added. 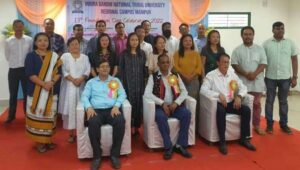 A release of IGNTU-RCM said Controller of Examinations, IGNTU, Amarkantak, professor NS Hari Narayana Moorthy was the chief guest and director of IGNTU-RCM, Professor Ng Ngalengnam attended as the president.

The IGNTU-RCM started functioning from a temporary campus situated at Adimjati Shiksha Ashram in Imphal since 2009.