The incessant rainfall in Manipur in the past few days has caused floods and landslides in many parts of the state. Landslides are a frequent feature of the two lifelines National Highways causing casualties, disrupting traffic movements including freight trucks, passenger services and light vehicles, washing away of houses etc. Some parts of the state have been witnessing flash floods for the second time in the last two months. These natural calamities have caused damages and impacting individuals and families. 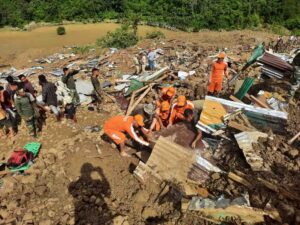 In a recent unfortunate incident, a massive landslide occurred at Tupul near Makhuam Village under Noney district in the wee hours of Thursday on June 30, sweeping away the Northeast Frontier Railway Yard construction camp site. The railway construction camp site was guarded by personals of 107 Battalion of Territorial Army.

Till the filling of this story 21 dead bodies have been found and most of them are personnel of the Territorial Army. The numbers of dead bodies might increase as several persons are still missing and untraced. Intense rescue and search operation are on at Makhuam railways construction site by the joint Task Force comprising NDRF, SDRF, Assam Rifles, CRPF, Army Medical Doctors, local police in coordination with local youths and volunteers.

Heavy machineries along with ‘Through Wall Imaging Radar’ have also been deployed to expedite the operation. State Chief Minister, N. Biren Singh announced ex-gratia of five lakhs rupees to the deceased and fifty thousand rupees to the injured persons. Prime Minister Narendra Modi, many union and state ministers, political parties and organizations and others have condoled the incident as unfortunate.

On interacting with some victims of landslides that occurred in the few past days and flood affected areas, they expressed their emotions and hassles faced by them. 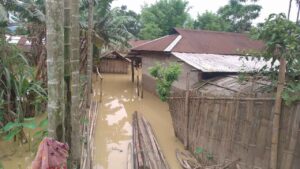 Tombi Singh of Dibong Makha Leikai of Jiribam District expressed that the people of the area have been facing flood for the second time in the last two months. As his house is under water, his family members are now living at one of his relative’s house.

Tombi makes a living by rearing fish in his pond taking a loan from the bank. However, he lost all his fish in the first flood that occurred the last month. Even his paddies in the family granary were also spoiled by the water. As a cultivator he did not have any means to earn a living as his area has been destroyed by the flood.

Tombi now is having a hard life without any earning but just depending on the mercies of their relatives, he narrated.

Another villager from Dibong, Y Gourashyam also lamented that the villagers faced many difficulties because of the flood. As there is no proper electricity in his village, it causes many inconveniences to the villagers. He said that paddy fields are still underwater. There is a fear in the mind of the villagers that this time the production might be less than the previous year due to flood which will affect their lives.

Md. Abdul Razag of Kamaranga, Jiribam District said that his family members are taking shelter at a relief camp at Kamaranga. He could not earn his living because of the flood in his area. All his properties have been destroyed by the flash flood.

He is now left sleepless and is unable to eat properly at the relief camp he and his family are staying. He prays to God everyday as to be free from illness as he does not have a penny for any treatment. He even does not have the money for the fare to send his two sons to school and college. All their uniforms had been washed away and no more money to buy a new uniform, he added. He wants the concerned authorities to frame a mechanism that could mitigate the flood to avoid many problems faced by the villagers. 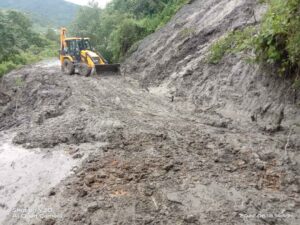 Enock Kipgen of T Waichong village, Kangpokpi District narrated that since last year repeated landslides and mudslides had occurred in his village. He said that villagers will not be able to start their cultivation right now as their paddy fields are all wet. Students faced many problems even some students could not give their exams as the roads are blocked due to the landslides. 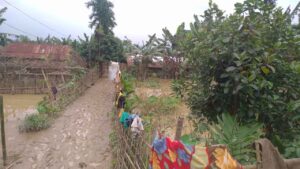 He said even basic needs of the villagers are hard to get when there are landslides in his village. Drinking water is another problem in the village as there is no tap water supply. The villagers want help from the Government.

Another villager, Lutngam Manlun from the same village expressed that people are worried about their next year production as they are not able to start their paddy plantation right now because of the calamities. The villagers want modern innovative technology such as solar water pumps and other machines to start their agricultural works. They want the concerned authorities to look into the matter, he added. 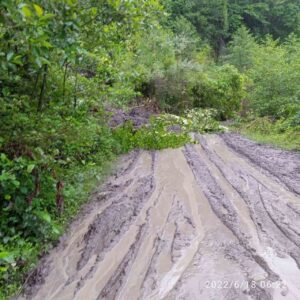 Chamsinang Gonmei of New Salem, Ward number 4 of Tamenglong District asserted that his house had been washed away by the landslide that occurred on last Sunday. He said that he wants help from the government to construct a new house. The unfortunate incident had created many problems to run his family.

Another victim of the landslide Mujanang Gonmei of the same village expressed that the landslide occurred while they were having their food at 9.30am last Sunday. The landslide had destroyed the furniture, clothes, utensils and others. He felt depressed as his house has been washed away. Now they are staying at a relative’s house. He also wants the government to help him in constructing a new house. From the narratives of the victims of natural calamities it is cleared that people faced many problems such as shortage of foods, financial, health, mental problems and lack of basic services etc.

Frequent landslides and flash floods have been causing havoc in the state day after day in the recent times. As the primary cause of landslide is deforestation, human activities need to keep a check and to encourage afforestation. The concerned authorities need to identify the vulnerable areas and adequate actions need to be taken in this regard on a priority basis.

Storage-based drainage mechanism is required to mitigate flood. Planting more trees, proper disposal of garbage, revival of dying water bodies etc need to be encourage to control flood and other natural calamities thus saving from a great loss. A comprehensive management plan is required to reduce the risk of natural calamities. Active participation of people is required to keep our living earth in a balance for a better and safer life. Without our efforts our future on Earth is at risk. It is only human that will save the earth from risk. Let’s take the pledge to save our Earth for a better and happy and safe life.

KSH. CHITRABHANU DEVI
PrevPreviousA Super Nutritious Healthy Tea (Chakhao Cha): How Best to Prepare it
NextIf Myanmar Nationals Fleeing Military Persecution Are Not Given Shelter as Refugees Under a Regulation, They Will Become Part of Manipur’s Burden of ImmigrantsNext