From the volume Confluence: Essays on Manipuri Literature and Culture complied and edited by B.S. Rajkumar.

Next, I took an appointment with Smt. Leimaton Devi (65 years) who lives at Vijay Govind, Imphal. She said-I played Malati. I was a youngster then; I must be about 12 or 13 years old. Manimacha from Kwakeitlzel was also there, She used to sing for the play. (Report on Interview).

What little we get from the play Naba-Malika starts from the Third Act, Scene I and continues up to the scene marked the sixth. It consists of 30 pages altogether. A page in the MS bears the signature of Kavi Chaoba put on 28.9.45. Hence, the date of the play is 1945. These thirty pages tell us a story just on the eve of the War. Naba (Nabakishor) sets up a school in his friend Nabin’s house where he started teaching a large number of students. The blaring sound of a siren is heard, the students take shelter inside large trenches. Naba, Malika who had recently lost her mother and Chaoba set out for pilgrimage to Nabadwip. They met with Japanese soldiers on their way to Dimapur and battle scene are inserted. A scene shows the railway station. There arose, then, problems regarding the taking of food commensurate with the Vaishnavite set of rules regarding the pure and the impure. Naba and Malika are shown disclosing their hearts’ secrets to each another on the banks of the Ganga at Nabadwip. Malika also expressed her readiness to support Naba if he studied in Calacutta. The scene then shifted to Imphal where Chandra had betrothed his daughter Tharosana to Nabin. The smoke of war slowly subsided and life saw a gradual return to normalcy. Naba, Malika and party returned home and the two became finally united. Such scene as Meitei women in the market were also included in the play. There is a prayer, too, for universal peace by Nabin and Naba.

That Nabn-Malika was staged in the Manipur Dramatic Union (M.D.U.) is quite emphatically stated by Shri S. Bhuban Singh, Shri Khaidem Bihari Singh, Shri Hidangmayum Thambal Sharma who played Naba and Manbi Devi who took the role of Malika. The first actor who played Naba in this play. Shri Hidangmayum Thambal Sharma says “I took the role of Naba in Naba-Malika and Manbi played Malika, Sorenshangbam Nabakanta, the artiste who is famous for his acting as Tikendrajit played the role of a non-Manipuri shop-keeper. Gouramani Devi was Malika’s mother. The play must have been produced in or around 1945. In those days, the M.D.U. stage stood in the south of the present hall. During the War, the Hall (M.D.U.‘ Standing-Hall) was given patronage by the Sahebs under the name Garrison Theatre. l’ve forgotten story-a few scenes were about pilgrimage to the Ganga made by Naba and Malika. Sufferings during the war days were also depicted.” (Report on Interview.) Smt. Manbi Devi, the artiste who played Malika in this play remarks – I played Malika. The story is gone. I had given birth to my eldest son the time it was performed. He was born when I was twenty-one; Now I am seventy-one see… The role of Na ba was given to Shri Yumnam Gouramani Singh of Elangbam Leikai after Agya Thambal dropped. Afterward, this play Naba-Malika by Chaoba had been retitled Japanese War and was presented evey 10 May by M.D.U. Since then, the story of Naba and Malika had been given a back bench. Scenes related to human suffering during the War and other war-related incidents had been given more importance. We do not exaggerate to say Kavi Chaoba’s Naba-Malika was the first play to picturise war time sufferings and the war’s direct impact on Manipuri life and society in a literary form. That Kavi Chaoba used to write one-act plays also came to light after his death in 1950 as it had been revealed by Shri Keisham Kunjabihari Singh in Ngasi daily, now stopped. He remarked in Chaoba’s obituary- “… Chaoha wrote Labanga-Lata, historical novel, Japal Lal, Mathura Virah, Birendrakumari, Naba-Manlika, these plays he had written and he also penned some worthy one-act plays for the sake of the students“. From this remark, it becomes quite clear that Chaoba was again a one-act play writer. It is quite so. The present Dhanamanjuri College (D.M. College) was started as a night college in 1946 in Johnstone School (not the present building) which was then situated in the present Luxmi Bazar. One of the first Principals of this college was a Khasi gentlemen, R.R. Thomas, ex-Principal, Cotton College, Gauhati. The college boasted of 52 or 53 students. In 1947, a one-act play written by Chaoba was staged by the college students during the college annual freshers meet. Most of the students who took part in the play are still alive. Some of them whom I had Interviewed are – Shri Elangbam Sonamani Singh (he played Saheb and Krishna both), Shri B.I. Sharma (Sahib), Shri Hijam Romani Singh (Thangal), Smt. Meinam Sakhi Devi (Mrs. Grimwood), Smt. Nongmaithem Bimola Devi (Nongmaijing Vaishnavi – not a student of the college, engaged for the purpose of singing, elder sister of the present writer), etc. What I gathered from talking with them is that – Kavi Chaoba’s short play (none could recollect the name of the play, but a few scene were about the arrest of Tikendrajit and the Battle of Khongjom) was presented in Johnstone School Hall where a stage had been set for the purpose. The late Moirangthem Gajendra was in charge of the play. The persons who took part in the play were – B.I. Sharma (Saheb), Wahengbam Naran (Saheb), E. Sonamani Singh (both Saheb and Krishna), Nathasana (both Saheb and Maharajah Kulachandra), Amar (Saheb), Hijam Romani (Thangal or Paona), the late R.K. Surendrajit Singh (a market woman), Meinam Sakhi Devi (Mrs. Grimwood), Nadiya and Sanjabihari – so far as I could find out. Oja Nando was in charge of the lights.

Though the title of the play can’t not be ascertained, the single leaf of the MS that we have today tells us that the story is about the arrest of Yuvaraj Tikendrajit by the British. It describes the scene thus – The Palace, Dawn. A Meitei Sardar and sepoys, “We find the Meitei” sepoys talking among themselves shocked at the killing of innocent people by the British. The Sardar says – “So, you haven‘t heard anything? Khwairakpam Tonsana had been shot dead – he was preparing the royal horse in the palace courtyard when a British sepoy ambushed him from the Brindavanchadra Temple. We can’t be masters of our patience any longer. (Distant sound of artillery gunfire in the Yuvaraj’s palace is heard).

About this play, Smt. Meinam Sakhi Devi who played Mrs, Grimwood says – “… We belonged to the first ever batch of D.M. College – there were only two girl students, Chandrakala and myself. On the occasion of the Annual Freshers Meet a short-play about something like the arrest of Koireng Yuvaraj and the battle of Khongjom was shown. They described not to hire any outside artiste; so I was given tite role of Mrs. Grimwood. I looked more of a mall than a woman, figure-wise, too and womanly softness was a rare thing in me. I dressed myself in trousers. I had a short line to recite and a small act to perform the Sahebs were holding a secret meeting discussing methods to arrest Koireng Yuvaraj and I eavesdropped.. The five officials left. I wanted to save Koireng Yuvaraj. So I called in an orderly and sent a letter to Koireng Yuvaraj through him. I kept on looking intently as he left with the letter … R.K. Surendrajit played a market woman, o what resemblance! Sonamani played Krishna. He is fair in complexion you know. So, they doubed him with some green colour because Krishna was blue complexioned … As there was no student among us who could sing, we had to hire Bimola for the singing parts (Report on Interview.). It is quite true, the songs had been sung by Nongmaithem Bimola Devi and she made the following remarks in this context – “I was not a student of that college; they requested me to sing those songs as none among them could. My role in the play was that of Niyati or Pathik. Actually, it was the lamentations of the Goddess of the Market on the sufferings in Meitei Leibak. There were about three Songs, I can’t recollect the tune, but a little of the words I remember – 1, Mangle mangle ngasi Manipur Leibak, Sha mamangda tare Angouba makok (Gone are the days of Manipur, the British had been beheaded before the Kangla Sha. 2. Shaklon pubi mangalgi thambal, Fugaina shatle Ita . ..(The lotus of the morning light, that has many forms is in full bloom, my friend), “–(Report on Interview.) Shri B.I. Sharma is of the opinion that a few songs besides these were also sung in the play. He comments –“The play was interspersed with snatches of English and Hindi songs. The lines went something like this – ‘Kongba suit, Singjamei hat, Khamlang Leirak fountain pen. ,.. Among the spectators were M.K Priyobrata, a few Durbar Members, Major Khathing .. , Gunfire sound was imitated by drawing a rickety table over the floor . .. Please with my performance in the role of a Saheb, Shri M.K. Priyobrata gave me an appointment in the Police Department. I received forty-five rupees a month,” (Report on Interview)

It is now beyond doubt that Kavi Chaoba has a permanent seat as playwright. He wrote his plays as his times demanded and his plays had been presented to the public. We do not encounter any instance where he worked as an actor, or director or a theatre personnel who engaged himself in occasional roles. Chaoba wrote plays because he was a significant writer of his times wielding a powerful pen who could indulge in different literary genres. Further, we cannot go into a detailed study of his works and art as most of his manuscripts are incomplete in their present form. Chaoba was a playwright and his contribution to Manipuri Theatre is a proven fact.

I had frequent consultations with Shri Arambam Samarendra Singh and Shri RK. Jhalajit Singh. The latter reported that he himself had seen the one-act play being presented in Johnstone School and also confirmed that the late RK. Surendrajit had taken the role of a market woman. 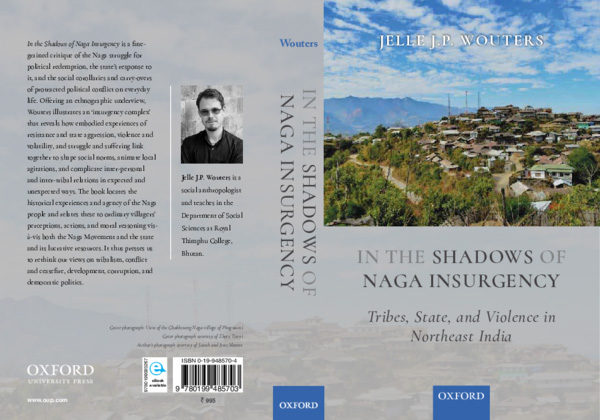 This review was first published in the current (August 28, 2001) issue of ‘Economic and Political Weekly’ under a slightly modified headline. The EPW story 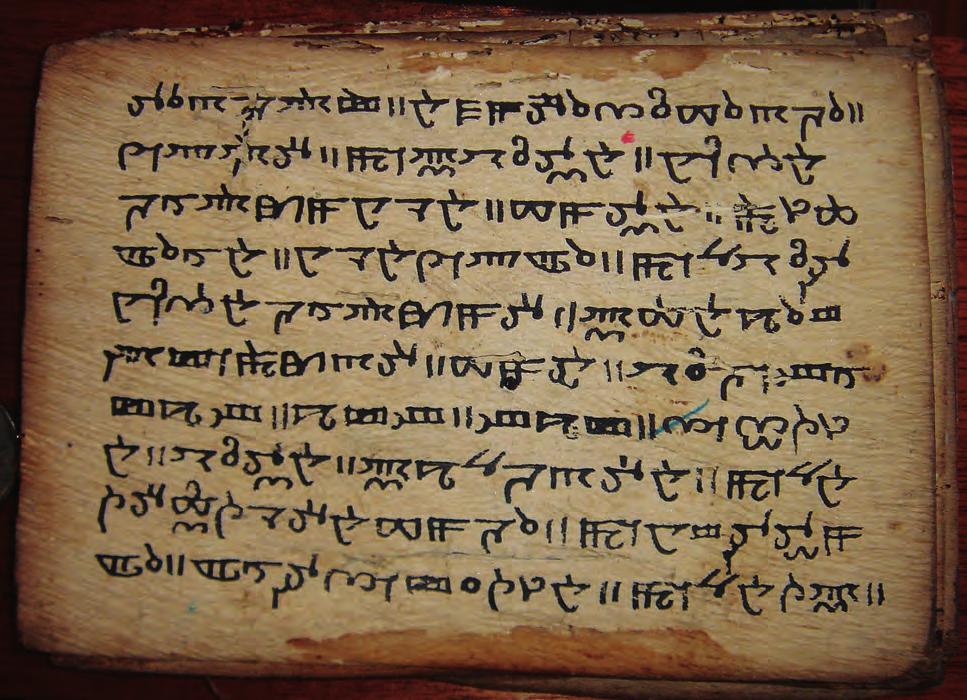 From the volume Confluence: Essays on Manipuri Literature and Culture complied and edited by B.S. Rajkumar.   Nabadwipchandra could not remain confined to a few 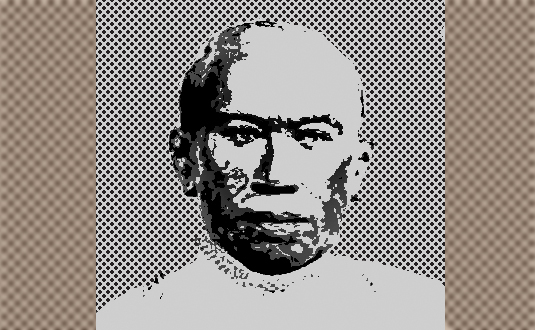 From the volume Confluence: Essays on Manipuri Literature and Culture complied and edited by B.S. Rajkumar.   He might have suffered from polio in childhood 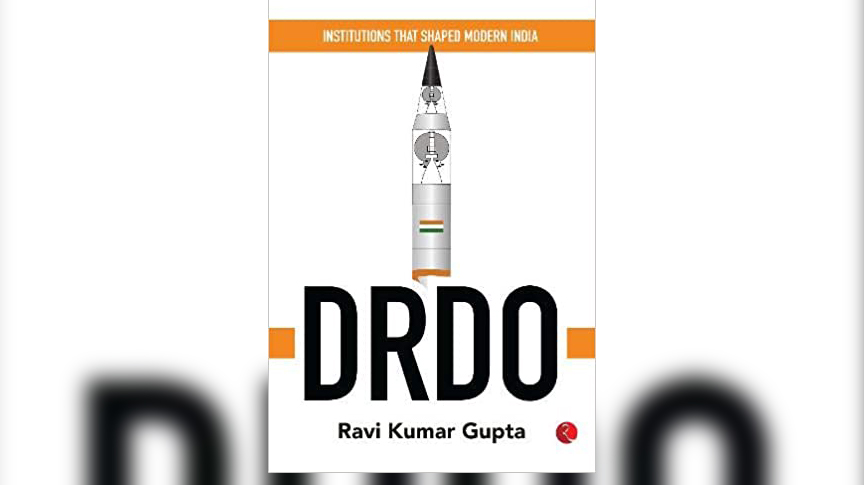 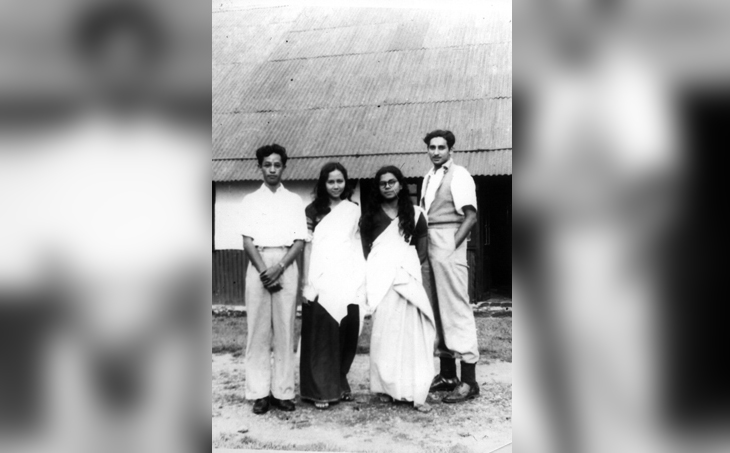 We are reproducing another past article by the late MK Binodini, translated from the original Manipuri by Pradip Phanjoubam. Though the title may suggest otherwise,