Security Situation In The NE Has Improved Since 2014, While Meitei Insurgency Accounted For About 44% Insurgency Incidents In Manipur, Says MHA Report

The security situation in the Northeast States has improved substantially since 2014, says the Annual Report 2020-21 of the Ministry of Home Affairs published in April 2022.

The year 2020 recorded the lowest insurgency incidents and casualties among the civilians and security forces during the last two decades. Compared to 2014, there has been an 80% reduction in insurgency incidents in 2020. Similarly, in this period, Security Forces (SFs) casualties have come down by 75% and civilian deaths by 99%, the report said.

The profile of violence in NER as a whole since 2014 is given below:

While the States of Mizoram, Sikkim and Tripura remained by and large peaceful, there is a marked improvement in the security situation in other States of the region. In 2020, insurgency-related violence declined by 42% in Arunachal Pradesh, 12% in Assam, 23% in Manipur and 45% in Nagaland compared to 2019. The States of Sikkim and Mizoram are free from insurgency, the Report said.

In a major development towards ending over 50 years of Bodo crisis, a Memorandum of Settlement (MoS) was signed on January 27, 2020 between GoI, Government of Assam and representatives of Bodo Groups including National Democratic Front of Bodoland/ Progressive (NDFB/P), NDFB/Ranjan Diamary, NDFB/Saoraigwra, United Bodo Peoples’ Organization (UBPO) and All Bodo Students’ Union (ABSU) at New Delhi. Following the settlement, 1,615 cadres of NDFB groups surrendered their arms on January 30, 2020. The NDFB groups disbanded themselves on March 9 and 10, 2020.

The State of Tripura has remained peaceful. The activities of main UG outfits viz. National Liberation Front of Twipra/ Biswamohan (NLFT/B) and All Tripura Tiger Force (ATTF) have been contained, the Report said.

A MoS between GoI, Government of Tripura and National Liberation Front of Twipra led by Sh. Sabir Kumar Debbarma (NLFT/SD) was signed on August 10, 2019. As per MoS, NLFT (SD) has agreed to abjure the path of violence, join the mainstream and abide by the Constitution of India. As a result, 88 cadres surrendered with 44 arms in a surrender ceremony held on August 13, 2019.

In order to arrive at a permanent solution to the long standing issue of rehabilitating the Bru families, a new agreement was signed between GoI, Government of Mizoram, Government of Tripura and representatives of Bru migrants on January 16, 2020 in New Delhi. As per this Agreement, Bru migrants will be settled in Tripura and would be given financial assistance/aid by GoI for their resettlement in Tripura and all round development, through a package of around Rupees 661.00 crore. Also, each resettled family would be given 30×40 sq. ft. piece of land for construction of house in Tripura in addition to the assistance of a fixed deposit of Rupees 4 lakhs, Rupees 5,000/- cash assistance per month for two years, free ration for two years and Rupees 1.5 lakh for housing assistance to each family.

In 2020, there have been 05 insurgencyrelated incidents in the State and no casualties of civilian and SFs personnel in violent incidents reported in the State. There has been no kidnapping/abduction case in 2020 in the State, the Report added.

According to the Report, in Nagaland the National Socialist Council of Nagaland (NSCN) split in 1988 into groups – NSCN-(IM) led by Isak C Swu and Th. Muivah and NSCN(K) led by S.S Khaplang, a Naga from Myanmar. GoI signed a formal ceasefire agreement with Isak-Muivah group of NSCN in 1997 and it was extended indefinitely since 2007. GoI and NSCN (IM) signed a Framework Agreement on 03.08.2015. Presently, various factions of NSCN viz. NSCN (NK), NSCN(R) and NSCN (K-Khango) are under ceasefire with GoI. Currently, only one faction of NSCN/K–Yung Aung faction, largely based in Myanmar, remains active.

In case of Arunachal Pradesh, the MHA Report says that the State of Arunachal Pradesh does not have any active indigenous insurgent group. The State is affected by spill-over insurgency of factions of NSCN and ULFA (Independent) in Tirap, Changlang and Longding districts.

According to the MHA Report 2020-21, the State of Manipur is affected by activities of Meitei, Naga, Kuki, Zomi, Hmar insurgent groups. A total of 23 UG outfits under two conglomerates, (United Peoples’ Front [UPF] – 8 and Kuki National Organization [KNO] – 15) are currently under SoO with GoI since August 22, 2008.

It is the Passion of Every Creative Writer to Write Till the Last Moment: Haobijam Tomba Meitei

Haobijam Tomba Meitei is a renowned playwright, play-actor and director of Shumang Lila, all in one, and belongs to Bamon Kampu Mayai Leikai. Shumang Lila 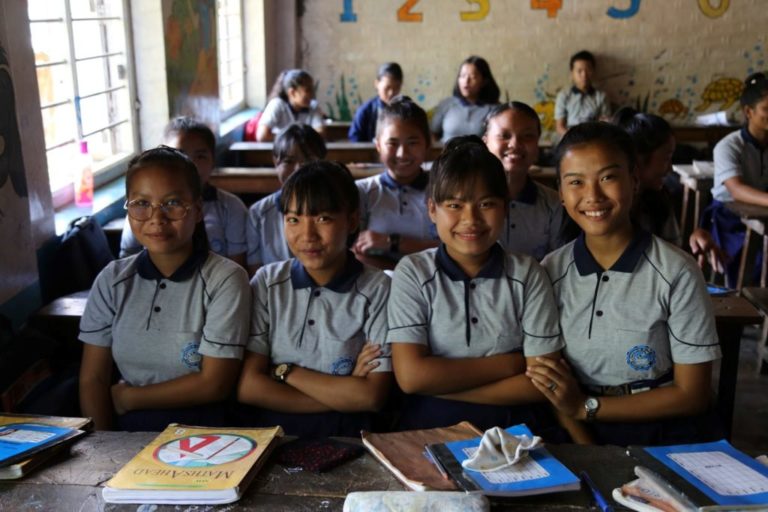