Manipur Board Class 10 Exam 2022 Results Out

The HSLC Exam 2022 results were announced in the presence of Manipur Education Minister Thounaojam Basanta Kumar and officials of BOSEM at BOSEM Conference Hall in Imphal. BoSEM conducted the Class-10 board examination 2022 from April 5 to May 11, 2022 in 192 centres across the state.

A total of 8,306 students who appeared for the Class 10 examination were from government schools, 1,611 from aided schools while 29,316 students were from private-run schools in the state.

Girl students outshine boys yet again in the HSLC Examination 2022 conducted by the BOSEM and all 25 toppers mentioned in the official list are students from private and aided schools, according to the official sources. While the total pass percentage was 76 per cent, the pass percentage of boys was 76.11 per cent and that of girls was 76.46 per cent.

“No students from government schools are among the toppers,” Education Minister Thounaojam Basanta said while addressing the media on the sidelines of the announcement of the results, reports added.

In view of the recent rise in COVID-19 cases, Chief Minister Nongthombam Biren on July 4 reviewed the overall COVID-19 situation in Manipur and said that the state government is taking up all necessary precaution to prevent any breakout.

The Chief Minister held a review meeting in Imphal and pointed out that a total of 37 cases have been registered in the past seven days between the last days of June and beginning of July.

“Reviewed the overall Covid-19 situation in the state. A total of 37 cases have been registered in the past seven days. With Covid cases rising in other states, we are taking up all necessary precaution to prevent any breakout,” Biren tweeted.

Meanwhile, the State Health Department instructed JNIMS, RIMS and all the district hospitals to arrange enough bed in Covid wards.

Security Beefed Up at Moreh

Security has been beefed up in and around Moreh along the Indo-Myanmar border, as reports circulated on social media on July 7 say the bodies of the two Tamil persons from Manipur’s Moreh shot dead at Tamu town in Myanmar’s Sagaing Region has been disposed of.

When Indian authorities claimed that they are communicating with Myanmarese counterparts to bring back bodies of two Tamil youths who were gunned down at Tamu Town in Sagaing Region on the Indo-Myanmar Border on July 5, Myanmar Military Council Information Deputy Minister General Zaw Min Htun on July 8 said that two bodies suspected to be two Tamil youths were declared unclaimed and disposed of.

Two Tamil youths identified as L. Mohon, 28, son of late Perumal and M Iyanar, 35, son of late Murga, both from Moreh Town in Manipur’s Tengnopal District, were gunned down near School No.4 at Saw Bwar Inn Ward in Tamu Town, Sagaing Region on the Indo-Myanmar Border around 1 pm on July 5, reports said. 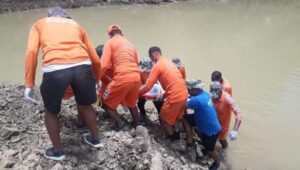 As on July 8, altogether 12 bodies out of those believed to be buried in the debris of the massive landslide of Marangching at Makhuam village in Noney district where Tupul Railway Station is constructed remain untraceable.

The rescue and search teams were unable to recover any body on the ninth day of the ongoing operation. So far 49 bodies have been recovered and 18 were rescued alive out of 79 affected by the landslide. It is also said that the bones recovered on July 6 have not been counted as a body buried due to the landslide. The officials maintained that body identification has become increasingly difficult due to tissue disorientation. Besides, finding missing bodies is also increasingly difficult as the ability to trace decreases with depth, reports added.

CM for Necessary Action to Save Forest 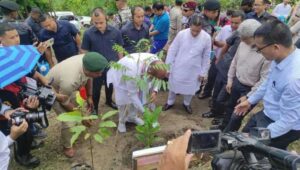 Manipur Chief Minister Nongthombam Biren while speaking to media on July 7 at a tree plantation programme conducted at Eshingchaibi area of Nongmaiching Reserved Forest in connection with the celebration of 73rd Van Mahotsav 2022 said the state government is committed to saving forests and water bodies and there will be no compromise in undertaking the effort.

Chief Minister said with the commemoration of 75 years of India’s Independence, the Van Mahotsav is organised across the country. For the state, the government is targeting to plant 75 lakhs tree saplings by the end of August.

The release issued by EEVFAM and HRA stated that the judgment was pronounced following a revision petition filed by the Union Defence Ministry challenging the order of the Chief Judicial Magistrate, Imphal West seeking a reference for clarification and guidance of the Manipur High Court on 10 seminal questions pertaining to the issue of prosecution sanction.

It will be significant to know the 10 seminal questions which are quoted in the statement issued by the EEVFAM and HRA.

It is revealed that the then district and session, Manipur East submitted the Judicial Enquiry Report (JER), dated July 31, 2017 to the Gauhati High Court (Imphal Bench) in connection with the killing of Sanajit. The High Court (then Gauhati High Court, Imphal Bench) on finding material substance against the accused persons passed an order on July 29, 2011, thereby awarded a sum of Rs 5 lakh as compensation to the wife of deceased P Sanajit.

Now the question is: “Will the proceeding of the present case remain stagnant or futile exercise or empty formality even after aforesaid finding of Judicial Enquiry and subsequent award by the High Court on the ground of denial of prosecution sanction against the accused persons?

“Will the court have the power to take cognizance of the present case even in the face of denial of prosecution sanction by the competent authority?”, asked the release. 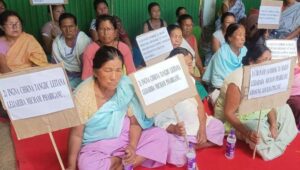 Reports said that one Koijam Inaobi was picked up by a team of commando, Imphal East district around 10 am on July 7. While he was picked up by the commando team, no arrest memo was issued to the family members and the reason for the arrest was also not disclosed.

Inaobi was a member of an insurgent group. However, he surrendered himself to the government around 30 years ago in order to live a normal life in the society. Since then, he has been providing passenger service by driving an auto rickshaw for nearly 30 years, reports added.

Manipur is all set for a renewed push towards Manipuri language achieving the status of classical language of India. A roadmap with a timeline has been prepared to collect and prepare necessary documents and papers and submit them to the Ministry of Culture by September.

Reports said the development came after Chief Minister Nongthombam Biren chaired a meeting with the Committee for Declaration of Manipuri Language as a classical language to chalk out a roadmap and timeline for initiating necessary steps in this regard on July 7.

The committee was constituted in 2018 but remained inoperative. The movement for recognizing Manipuri as a classical language began in 2013, yet there has been a gap in the follow up actions.

It may be mentioned that a new push is given after the Manipur’s lone Rajya Sabha MP Maharaja Leishemba Sanajaoba raised the issue in Indian Parliament on September 22, 2020.

MU to Introduce Certificate Courses for Manipuri Dialects and Sanskrit

Manipur University’s Academic Council in its 19th meeting held on May 31, 2022 has resolved under Resolution No. 8 to start Certificate/Add on Programme in Sanskrit and Manipuri dialects such as Tangkhul, Kabui, Mao, Paite, Thadou, Hmar, etc, an order of the Registrar of Manipur University issued on June 22 said.

CPI to Struggle for Statue upkeep

The first day of the 23rd State Conference of the CPI Manipur State Council resolved to struggle for the rights of the people guaranteed by the Indian Constitution as a revolutionary political party.

Reports said the state conference, which was conducted as a calendar democratic process of the CPI, was started from July 8 at the Irawat Memorial Hall in Lamlai, Imphal East and will continue till July 10.

“It is not the time to remain silent against the drastic and communal rule of the BJP which totally suppressed democracy and focuses on privatisation for some vested interest,” said State Secretary of CPI Manipur State Council L Sotinkumar while speaking to the media on the sideline of the conference, reports added.