Fifty-nine of the 60 newly elected members of the 12th Manipur Legislative Assembly on March 14 took oath at the Manipur Assembly Hall in Imphal. The oath of office was administered by Protem Speaker Sorokhaibam Rajen.

Before the 59 newly elected members took their oath, Sorokhaibam Rajen took oath on March 12 as the Protem Speaker one day ahead of them at the Manipur Raj Bhawan in Imphal West so that he could administer the oath for the 59 members.

Of the total 60 MLAs of the 12th Manipur Legislative Assembly, 20 members are new faces and five are females. 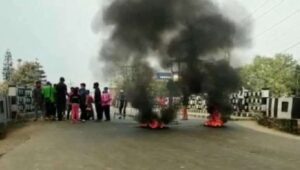 In protest against the arrest of 11 National People’s Party (NPP) supporters from the residence of NPP MLA, Sheikh Noorul Hassan of Kshetrigao Assembly Constituency (AC), the MLA has submitted a ‘notice for privilege motion’ to the Secretary, Manipur Legislative Assembly on March 14 evening.

The notice submitted to Assembly Secretary by the MLA mentioned that “as per the provision of the Rules of Procedure and Conduct of Business in Manipur Legislative Assembly, it is hereby serving notice for breach of privilege against superintendent of police, Imphal East, Maharabam Pradip Singh; additional superintendent of police (Ops), Imphal East, Kh Herojit Singh; “Officer-in-Charge, Porompat Police Station, N Jadumani Singh and Officer-in-Charge, Imphal East Commando Unit, Kh Henery Singh for lowering down the dignity of being a legislature by raiding at the house of a legislature and for taking search operation without following the procedure. Moreover, arrest of some innocent persons randomly while the MLA was in the House during the oath taking ceremony”.

Reports said at least 10 workers of NPP candidate of Kshetrigao AC Sheikh Noorul Hassan were on March 14 picked up by Porompat police from his residence without proper reasons and warrant from competent authority.

Protesters on March 15 blocked roads at several places in Imphal East and Thoubal districts, condemning the alleged raid at the house of newly elected NPP MLA of Kshetrigao AC, Sheikh Noorul Hassan, and detention of his 11 workers by the Porompat police on March 14.

Reports said the Supreme Court collegiums on February 16 approved the proposal for the appointment of Justice Ahanthem Bimol, additional judge of the Manipur High Court as Permanent Judge.

An accused in Leimapokpam Amuba murder case was on March 15 arrested by Thoubal Police. The accused, who was identified as one Haobam Rajen, 63, son of late Haobam Bira of Wangjing Wangkhei in Thoubal district, was arrested from Jail Road Old Lambulane in Imphal West district during the course of investigation by Thoubal police.

Amuba was killed early morning of polling day of the second phase of the 12th Manipur Legislative Assembly Election on March 5 at Wangjing Wangkhei in Thoubal district. The 25-year-old boy was reportedly shot by Rajen and his son, H Rakesh, who is personnel of India Reserve Battalion (IRB). He succumbed to his injury at a private hospital in Imphal the same day.

Reports said another accused, Rakesh, who is a Havildar of 3rd IRB, is still absconding. Rakesh has already been suspended from his service by the Commandant of 3rd IRB on March 8. The house of the arrested accused was reportedly torched by irate mob on the night of March 9. The fire arm used in the killing is yet to be recovered, reports added. 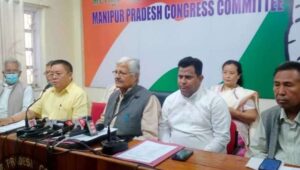 After losing the recently concluded Assembly elections in five states including Manipur, in an effort to revamp the Congress Party in India, the party has launched an intensive membership enrolment drive in Manipur to strengthen the party. It plans to enrol three lakhs new members during the drive in the state.

As a measure to strengthen and revamp the party’s structure in Manipur, the Manipur Pradesh Congress Committee (MPCC) will also hold a block, district and state-level organisational election from April 16 to May 3, said Pradesh Returning Officer (PRO) of MPCC Pratap Bhanu Sharma. 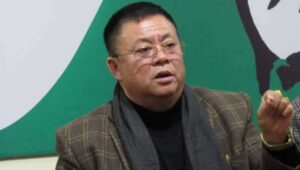 The development comes a day after All India Congress Committee (AICC) chief Sonia Gandhi decided to sack Congress presidents of five states that went to poll recently in a move to fix moral responsibility for their failure in the Assembly elections.

“Taking responsibility of the major defeat of the candidates of Indian National Congress in the last 12th Manipur Legislative Assembly Election, 2022, I do hereby submit my resignation from the presidentship of the Manipur Pradesh Congress Committee (MPCC) of the INC on moral ground with immediate effect,” said Nameirakpam Loken in his letter submitted to Sonia Gandhi.

Loken had won from Nambol Assembly Constituency in Bishnupur district five times. He had served as a cabinet minister in Okram Ibobi-led Congress regime and also held the vice president post of MPCC.

Loken took charge as MPCC president in October 2021 as the then president of MPCC Govindas Konthoujam left the party to join the BJP. 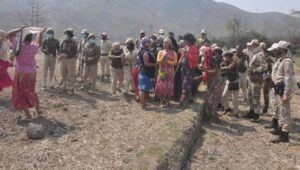 It may be recalled that tension erupted in 2021 at Yaithibi Loukol as farmers protested against the state government for damaging several hectares of ripe paddy fields for construction of a Mega Food Park in the area.

Reports further said the Mega Food Park aims to provide 1500 direct employment to the local youth in its units. On its completion, the park will also have an 1800 MT cold storage facility, and ripening chambers for locally produced fruits and vegetables. Eight Primary Processing Centres will be set up in selected districts as a part of the park. The park will also have dehydration facilities to make Ginger/Turmeric/Chilli powder and paste making, fruit juice making facilities among others.

Warrant Against Biswajit and His Wife Junreiwon 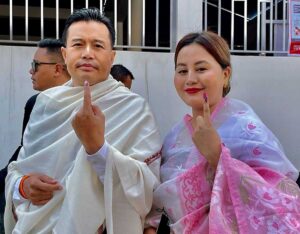 Amidst the tussle for the leadership of the Bharatiya Janata Party (BJP) legislatures, the Court of Special Judge (MPs and MLAs) No 1 Manipur on March 15 issued bailable arrest warrant against BJP MLA Thongam Biswajit and his wife, Junreiwon for failure to appear in a special trial case.

Reports said the bailable arrest warrant order was issued following the failure of the MLA from Thongju Assembly Constituency and his wife to appear before the court despite repeated summons in connection with a special trial case.

The Court had summoned Thongam Biswajit and his wife, Junreiwon Lunghar, to appear before the Judicial Magistrate First Class, Imphal West Court on August 4, 2020 in connection with a Criminal Miscellaneous Case filed by Rebecca Sorokhaibam.

Rebecca had lodged a complaint before the court under section 12 of the Protection of Women from Domestic Violence Act, 2005. The court, after hearing the complaint, summoned Biswajit and Junreiwon to appear in person or by pleading duly instructed and able to answer all materials questions relating to the complaint on or before August 4, 2020 at 10.30 am.

The case was transferred from Chief Judicial Magistrate, Imphal West to the Additional District and Session Judge (Fast Track Court) MPs and MLAs on October 11, 2021 and listed for hearing on March 16.

However, counsel of the accused persons filed a dispensation application stating that the accused persons could not appear before the court as Thongam Biswajit was heavily engaged in his official works and function of government and Junreiwon being his wife could not leave him alone in his work, reports said.

It may be mentioned that in the election affidavit filed before the Returning Officer of Thongju AC, Biswajit mentioned that there was no pending criminal case against him. Biswajit won the Thongju AC seat in the recently held general election to the 12th Manipur Legislative Assembly with 15,338 total votes, against his nearest rival Seram Neken Singh of INC, who secured only 8,649 votes.

The Parliamentary Board of the Bharatiya Janata Party (BJP) on March 14 appointed Union Finance Minister Nirmala Sitharaman as Observer and Union Law and Justice Minister Kiren Rijiju as Co-observer for the election of the Legislature Party leader in Manipur.

Reports said that they are expected to arrive in Imphal at the earliest and finalise the election of BJP Legislature Party leader.

The Central Bureau of Investigation (CBI) has reopened the Babysana death case for further investigation as the Chief Judicial Magistrate; Imphal West rejected the closure report submitted by the CBI.

The court accepted the prayer of the CBI and allowed the documents to be returned to the IO to assist in the re-investigation of the case.

KPA to Support to BJP 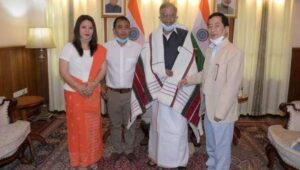 The Kuki People’s Alliance (KPA) on March 18 extended support to the Bharatiya Janata Party (BJP) in the formation of a new government in Manipur. KPA president Tongmang Haokip along with the two newly elected MLAs of KPA namely, Kimneo Haokip Hangshing of Saikul AC and Chinlunthang of Singhat AC has submitted their letter of support to Governor La Ganesan.

It may be mentioned that KPA was formed a few months before the commencement of the 12th Manipur Legislative Assembly Election 2022. The party fielded only two candidates selectively and both candidates won the election.

Earlier, the Janata Dal (United0 – JD (U) and Naga People’s Front (NPF) who won six and five seats respectively; and two Independent candidates, Nishikant Sapam of Keishamthong AC and Haokholet Kipgen of Saitu AC also extended unconditional support to the BJP in the formation of a new government.

However, an ally of the outgoing BJP-led government National People’s Party (NPP) which has won seven seats in the 60-member Manipur Assembly said that they will consider supporting the BJP in the formation of the new government if the BJP invites them.

The BJP Tamenglong district has expelled 36 of its members of 54-Nungba (ST) AC from the party organisation for six years for violating Article XXV Breach of discipline clause (B) for their anti-party activities by supporting Congress candidate Gaikhangam in the 12th Manipur Legislative Assembly Election 2022.