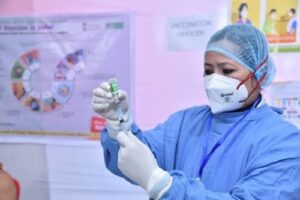 According to a release issued by the State COVID-19 Common Control Room, the state reported three recoveries, pushing the number of recovered cases at 1,35,110. The recovery rate is 98.45 per cent. Manipur now has zero COVID-19 active case, as per the release.

The Manipur Cabinet on May 18 approved the Manipur Plastic Policy 2022 in line with Prime Minister Narendra Modi’s objective to phase out single-use plastic by 2022. The policy seeks to tackle the multi-faceted plastic pollution by regulating use of plastics. 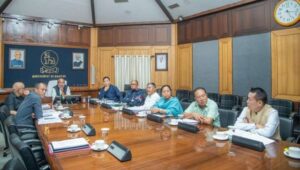 The policy also includes that any person found dealing in or using plastic items in contravention of the direction stipulated in the policy will face imprisonment upto five years term, with a fine extendable upto Rs 1 lakh.

The Cabinet further approved the Manipur Tourism Policy 2022. The policy seeks to harness the tourism potential of the State and to create employment and livelihood opportunities, to encourage investment and increase revenue generation. 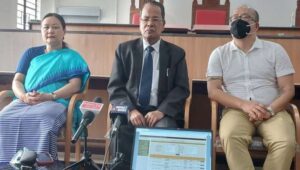 During the launch, MHRC acting chairperson Khaidem Mani announced that a total of 22 cases were filed as soon as the portal was launched. He said that the web portal has been launched to give a comfortable platform to raise a complaint or lodge complaints by any victim of human rights violation.

Anyone can raise complaints through a web portal by sitting at his or her home, Mani said, adding that all complaint cases may or may not take up, except for human rights violation cases, reports added.

The Manipur High Court (MHC) directed the state to frame regulations for managing private Integrated Rehabilitation Centres for Addicts (IRCA) within a period of three months to ensure proper steps are taken to alleviate the grievance of the drug addicts.

The directive was issued in response to a PIL filed by Community Network for Empowerment (CONE) seeking contempt against the state for failing to comply with the direction of the same court issued on July 22, 2020.

Since the private rehabilitation centres do not have a common guideline or a monitoring body, each one functions in an arbitrary manner and it leads to instances of human rights violation. Besides, these centres are run in an unhygienic manner without proper sanitation. In the name of rehabilitation, the drug addicts are put to great hardships instead of being cured.

Manipur Chief Minister Nongthombam Biren on May 18 urged not to build any form of religious structures, be it temples, churches etc. at government quarters by taking advantage of religion.

He stressed that these quarters belong only to the government. When a government servant ends his or her tenure, they will be replaced by another person, he said.  After the occupants leave their posts, the temple they had constructed and left behind may not be acceptable to new government servants who may follow a different religion, CM Biren said. 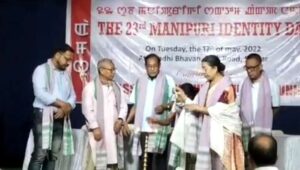 The 23rd Manipuri Identity Day 2022 was observed on May 17 by the central committee of the All Assam Manipuri Students Union (AAMSU) at Gandhi Bhavan in Silchar, Assam.

Reports said the day was commemorated in remembrance of the patriotic movement taken up by the AAMSU on May 17, 1999 against the use of “Manipuri” while terming the Bishnupriya community.

It may be mentioned that during the movement a large number of irate agitators stormed the DC office of Silchar and vandalised the office property. Many agitators sustained injuries while many served judicial custody terms.

The duty magistrate, Imphal West on May 16 remanded SI Jitendra in a 15-day judicial custody till May 30, in connection with the alleged custodial death case of Arambam Nanao.

The investigating officer of the case submitted before the court that the case is in good progress and requires further investigation without hampering and tampering.  It was submitted that the post mortem report, CDR and SDR report of the accused and other important persons for collecting evidence were still awaited.

Suspended SI Jitendra, the main accused in the alleged murder of Arambam Nanao, a goldsmith, had reportedly named Kangabam Tejkumar, who is also his batch-mate and another for their influence in the arrest of the victim.

The Manipur government has not received any official order or instruction from the Centre to include Hindi as compulsory subject till class 10, Director of Education (S) L Nandakumar said on May 18.

The director said, “The question of including Hindi as a compulsory subject does not arise as we haven’t received any official order or instructions from any ministry”.

It may be mentioned that the statement made by Union Home Minister Amit Shah during the 37th meeting of the Parliamentary Official Language Committee to make Hindi compulsory in all Northeastern states up to class 10 had sparked a lot of controversy in the Northeast region, including Manipur. Various students, CSOs and political parties have opposed the move to make Hindi compulsory up to class 10. 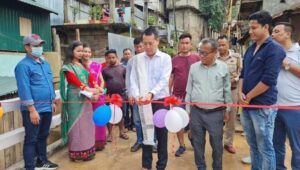 The RCC Bridge at Khujairok River, Moreh which was constructed by PWD Manipur was inaugurated by Horticulture and Soil Conservation Minister Letpao Haokip in the presence of community leaders on May 17.

Speaking on the occasion, Letpao Haokip talked on the importance of developing the road and transport infrastructure at the international border town such as Moreh. He recalled that PWD Minister Govindas Konthoujam had visited the town and inspected the road conditions. He added that the roads and IVR between different villages around Moreh will be developed within three months, regardless of the allocation of funds.

The event was attended by leaders and representatives of Meitei Council Moreh and Turel Wangma Youth Club.

The Supreme Court has directed the Union of India to file a status report with regards to investigation into the alleged fake encounter (extra judicial) killings in Manipur.

The bench comprising Chief Justice NV Ramana, Justice JK Maheshwari and Justice Hima Kohli on May 12 issued the direction in a writ petition filed by Extra-Judicial Execution Victim Families Association, Manipur (EEVFAM) and Human Rights Alert (HRA), Manipur claiming to have compiled 1,528 alleged extra judicial executions carried out by the police and security forces in Manipur since 1979 till 2012.

Senior advocate Colin Gonsalves, appearing for the petitioners, submitted before the court that only 39 cases were investigated out of the 655 cases that were ordered investigations and that inquiry into remaining cases was abandoned.

However, additional solicitor general Aishwarya Bhati, appearing for the Union of India, opposed the submission stating that the investigation is complete in 39 cases and that prosecution complaints have been filed and further investigation has been directed.

The bench allowed the prayer seeking permission to allow some members of CBI/SIT to attend other official work and to relieve two officers attached with CBI/SIT.

The investigation is being carried out by a special investigation team constituted by CBI pursuant to the Supreme Court’s direction in July, 2017. 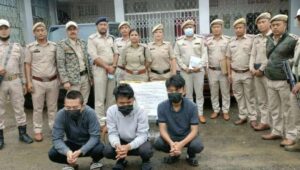 Special Judge (ND and PS), Senapati on May 19 remanded a head constable and two others in a 15- day judicial custody till June 2, in connection with the Rs 31 crore drug haul case of Kangpokpi district.

The police had arrested the trio, including one head constable of Manipur Police department on May 11, during frisking and checking of vehicles along National Highways in Kangpokpi district.

It may be mentioned that the security forces confiscated 212 soap cases suspected to contain Heroin No 4 and found concealed in a box during the frisking. In the local market, the whole soap cases weighing 2.13 kg were valued at Rs 63,60,000; however, in the international market, they were worth Rs 31,80,00,000. 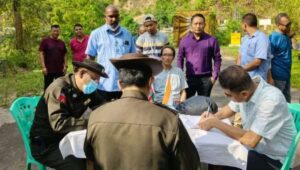 The Government of India handed over one Myanmarese national to district immigration officer, Tamu at around 1.30 pm on May 19.

A combined team of Bishnupur district police commando and a column of 31 Assam Rifles, Loktak Battalion seized arms and ammunitions and arrested two persons on May 20. 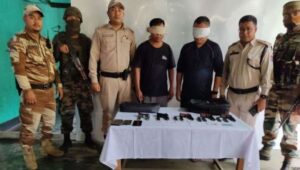 Bishnupur district police seized 1.06 kg of opium and arrested a young woman drug peddler near the district hospital around 11.40 am on May 20.

Reports quoting police sources said the arrested trafficker has been identified as one Nengneihat Haokip alias Hatneo Haokip, 23, daughter of late Haopu Haokip of Tungjang village, Leimatak, Bishnupur district. As a part of the preventive measures taken up by district police on “War on Drugs” campaign, a combined team of district commando along with Bishnupur district police and lady police personnel detained Nengneihat from the tri junction of the Bishnupur District Hospital.

A black sticky substance suspected to be opium weighing around 1.06 kg, including the weight of the packet was seized from her possession, reports added.

The High Court of Manipur has directed the Lokayukta to put on hold the cases concerning MCWP (C) number 93 of 2022 pertaining to the MSPCL till May 23.

Reports said Justice Ahanthem Bimol Singh of the High Court of Manipur passed the ruling after hearing M Rarry, counsel of the respondents representing the Lokayukta and H Debendra Government Advocate appearing for the State respondents.

During the hearing, counsel of the respondents, M Rarry placed before the Court an order dated May 17 passed by a Division Bench of the High Court wherein the order dated April 18 passed by the same Court has been set aside and remitting the said application before this Court for re-hearing on May 19.

Till then the Lokayukta was directed on May 19 by the High Court of Manipur not to proceed with the case, reports added.